This page is rather out of date. Please help us to generate and maintain up-to-date benchmarks.

See also the performance monitoring page for benchmark of Eigen along time. 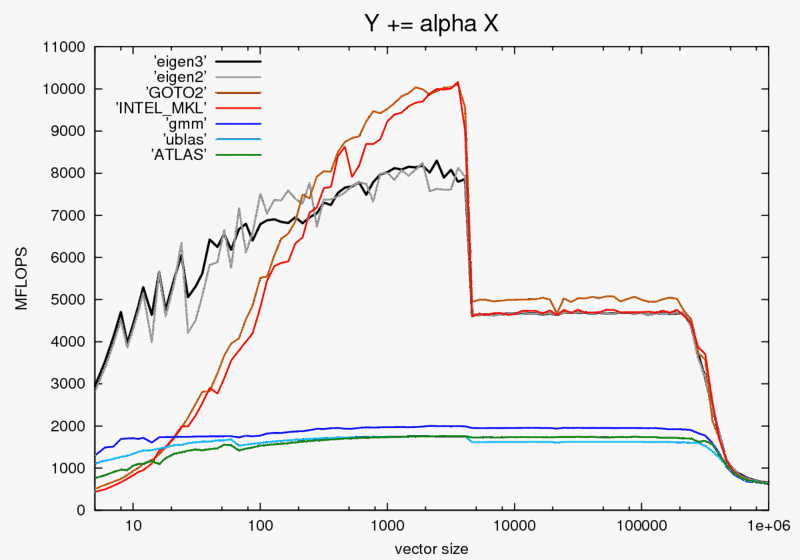 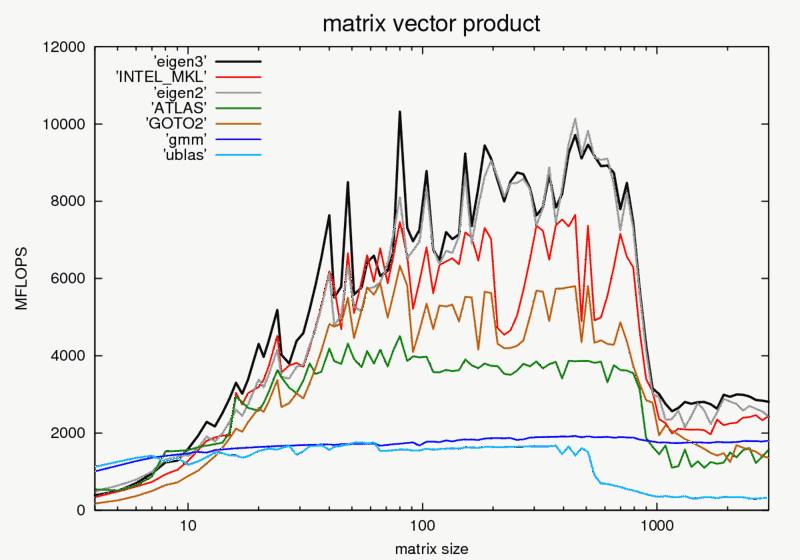 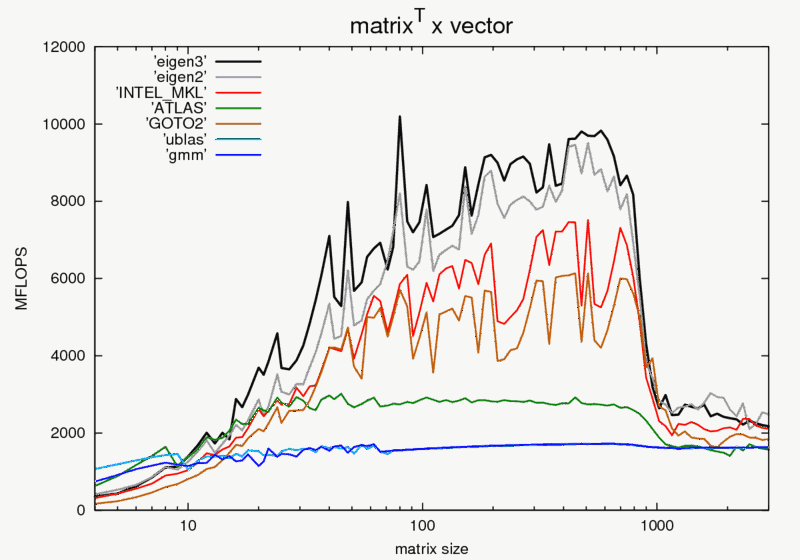 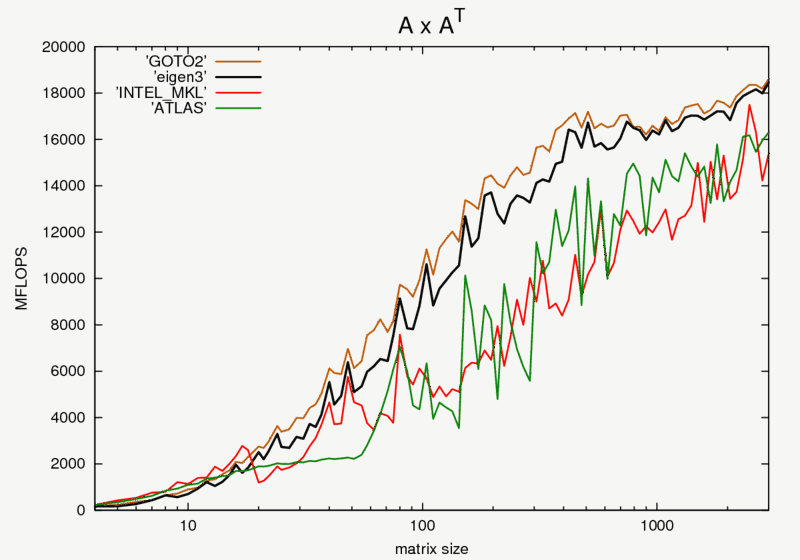 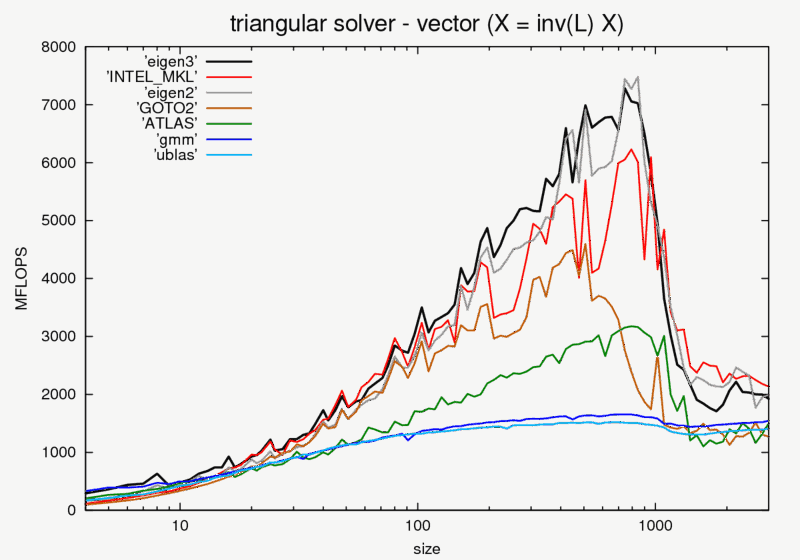 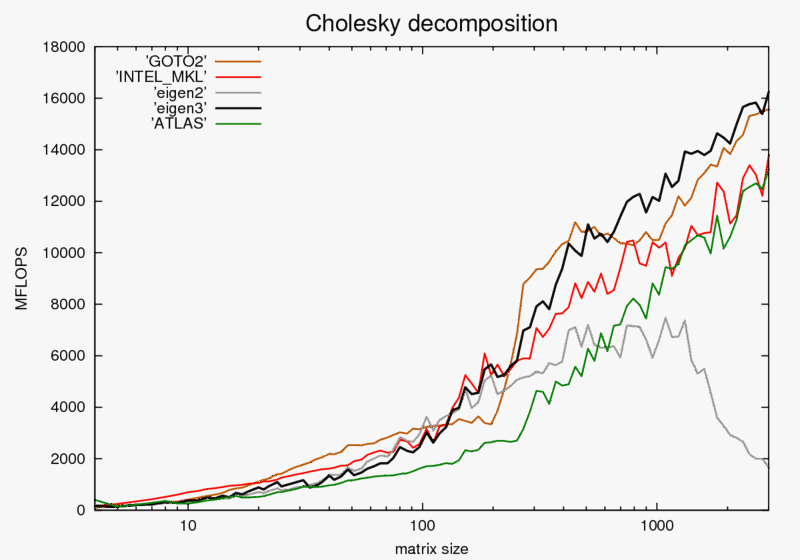 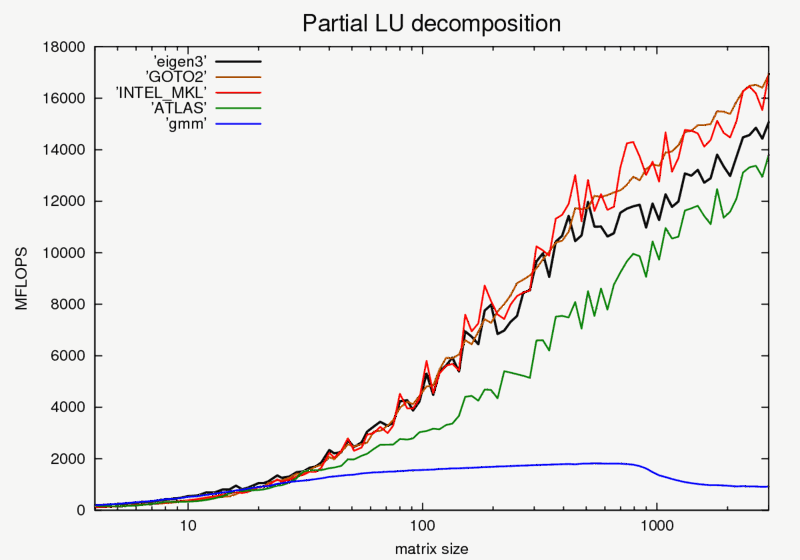 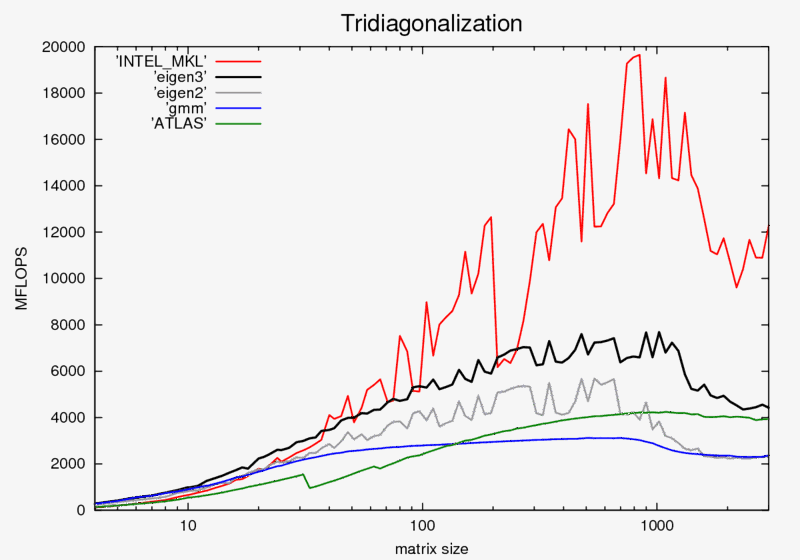 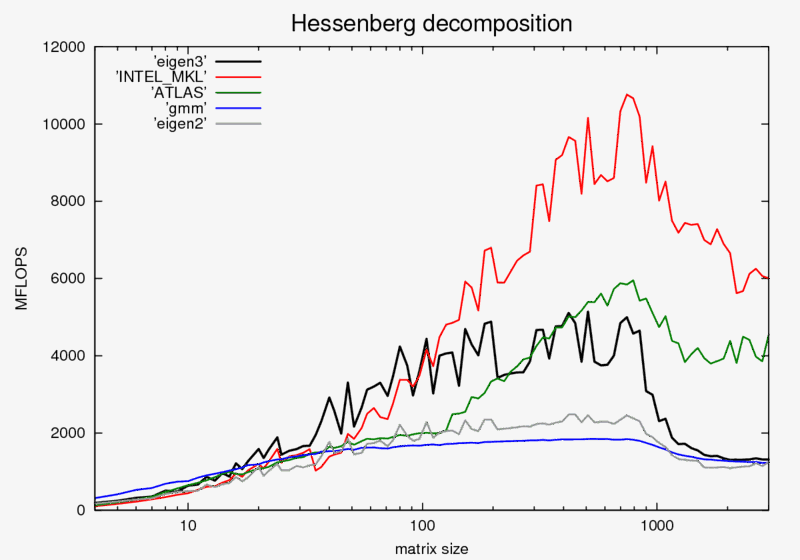 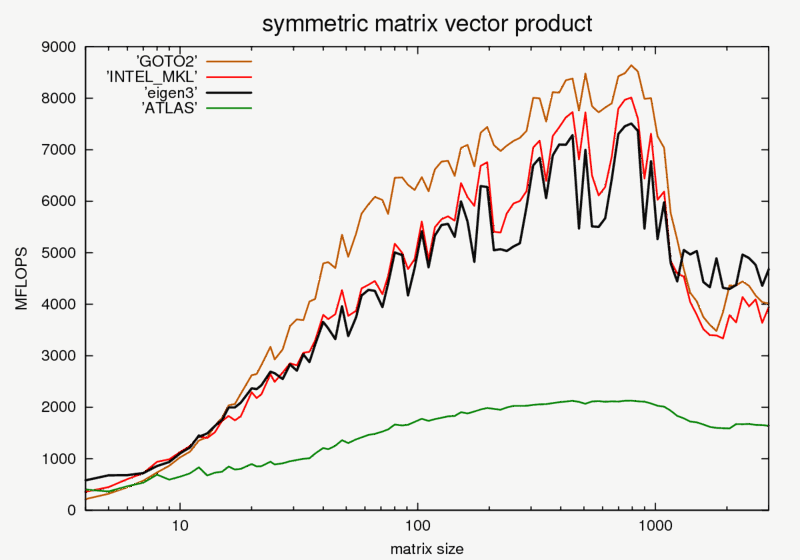 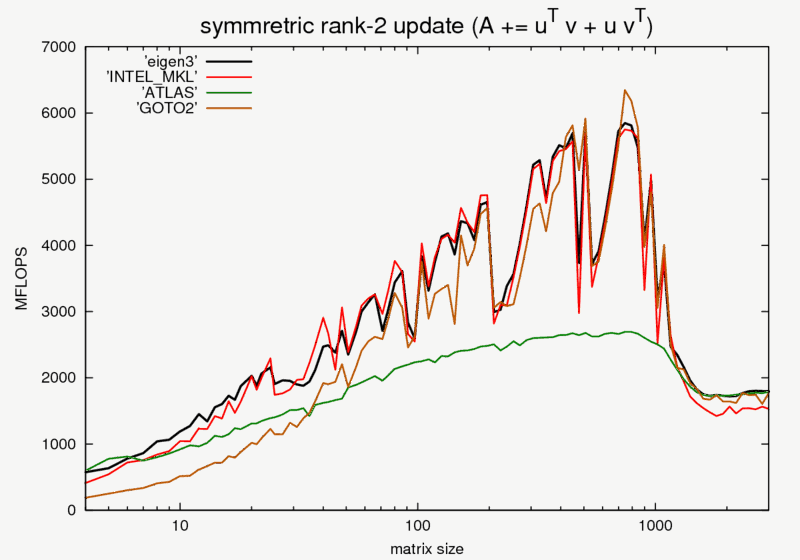 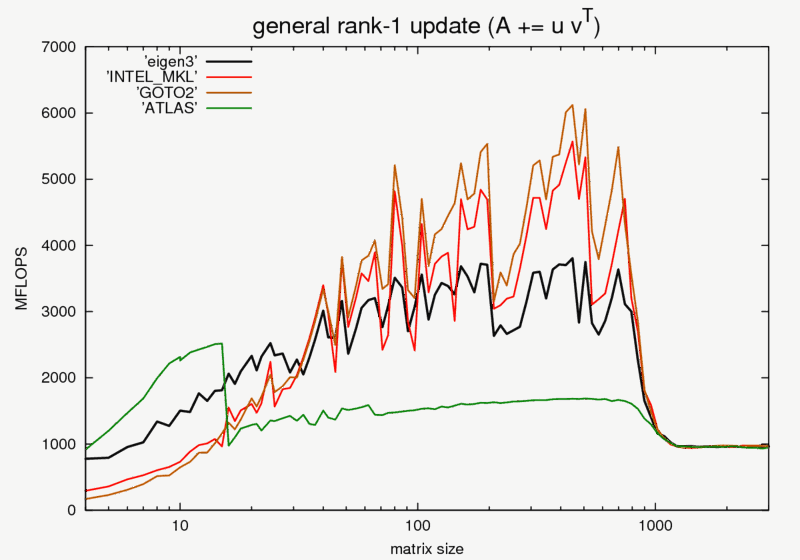 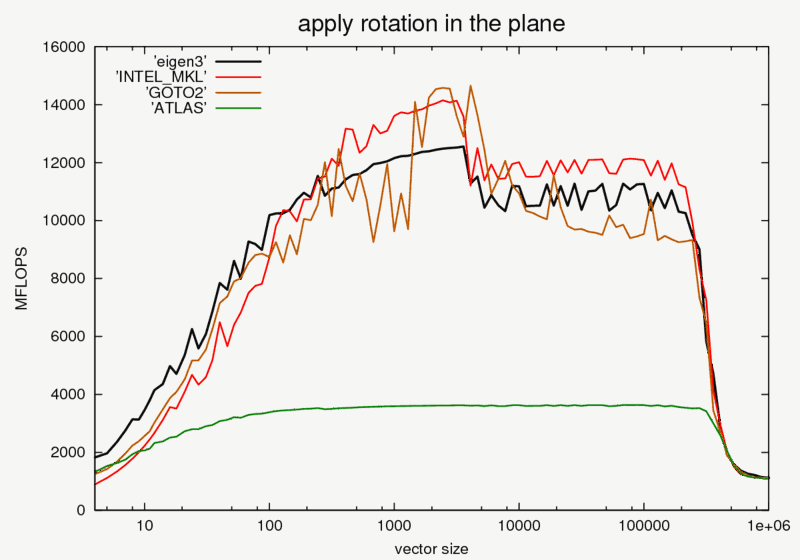 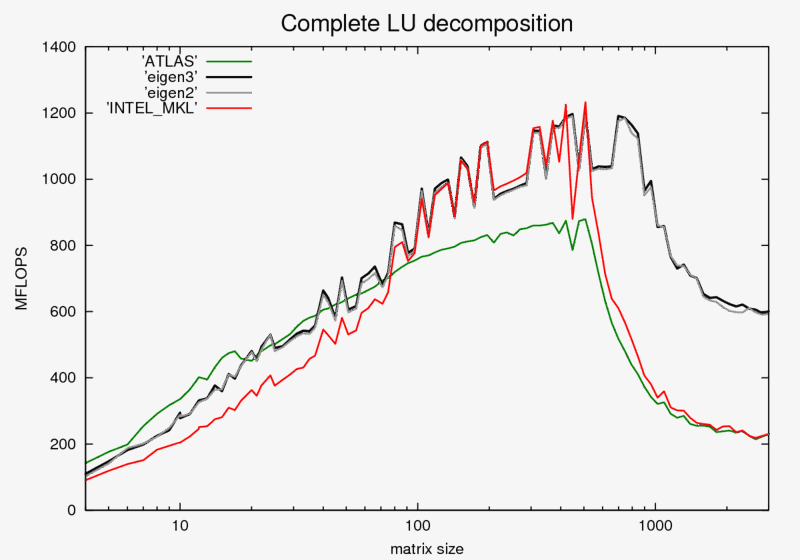